Return to Metabolism of Cities 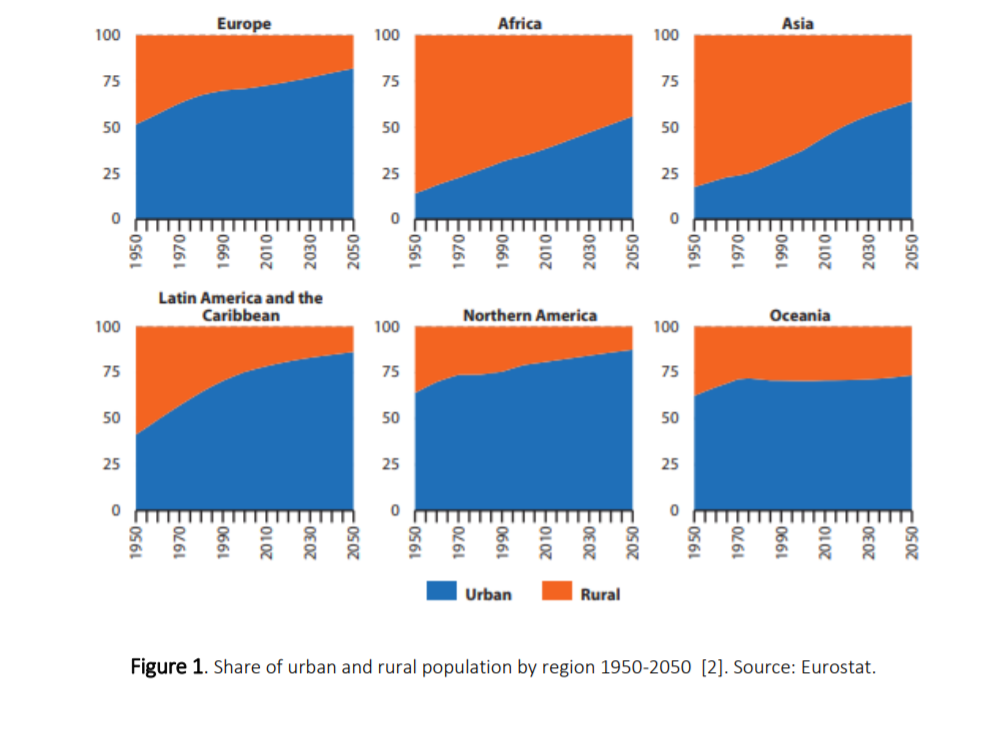 The post-industrial society has been characterized by a steady shift from rural to urban living. Nowadays 55% of the world’s population lives in urban areas and, according to the World Urbanization Prospect published by the United Nations, this percentage is expected to reach a share of 68% by 2050 [1]. The OECD countries have shown this tendency since the half of the twentieth century, increasing their urban percentage from 56% to 80 % in the last seventy years. Despite this, a further increase of that share in developed countries is forecasted. Developing countries have subsequently followed the same path and nowadays their urbanization rate is faster compared to historical trends of OECD countries [1]
Download